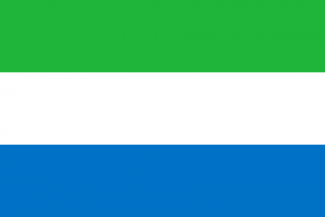 Sierra Leone organised residential, legislative and regional general elections in 2012 that were crucial to consolidating democracy in the country. The United Nations Development Programme (UNDP), in support of the National Electoral Commission in this process, called on Zetes to:

The main UNDP mission was to make sure that the electoral institutions had the physical and technical means to organise credible elections and to expand the National Electoral Commission's capabilities by improving all the administrative processes, including the registration of voters.

Key elements in executing  the objectives defined by the UNDP were therefore the safety of citizens' data, obtaining extremely reliable electoral rolls and correct delivery of polling cards within critical deadlines.

Biographical information, photos and fingerprints of voters were registered initially across the country. Where fingerprints were unavailable, the system was supplemented by a facial recognition system.  All the information was centralised and stored in Freetown in a structured database. Zetes was then able to use the ABIS system to search for multiple or "duplicate" entries. If certain data had been recorded several times, a warning signal was activated and a State official verified the identity of people involved.

Once the duplications had been removed from the database, the electoral rolls could be drawn up, with each roll corresponding to a polling station.

The rolls were then used to produce and personalise polling cards.  Zetes also delivered 2.7 million cards which were then routed to the three thousand polling centres in the country. A logistical challenge was met thanks to an efficient traceability system. Each box of cards was associated with the relevant electoral roll using barcodes. In this way, the National Electoral Commission could easily identify which of the forty pallets of cards received should be sent to which polling centre.

Delivery of the ABIS system in under ten days

The UNDP required very short delivery times for this project, in order to meet the electoral timetable fixed originally. The ABIS system was rendered operational in under ten days and the cards were delivered to the authorities in six weeks. Zetes’ experience in this type of project - a combination of technical complexity, logistics and tight timetable - was key in meeting the UNDP expectations in terms of both quality and timing.

Preparing for its 2015 presidential election, the Togolese government called upon ZETES – for the fourth time. The company had first administered the country’s voter registration…

Large order, complex needs, tight deadlines Zetes was able to meet the rigid delivery deadlines by mobilising more than 20 suppliers and subcontractors to transport the kits from…

Enrol towards the ambition of serving better the citizens… electronically!

At the heart of the population register